I first became aware of Shawn Stockman's (not from Boyz II Men) vocal abilities in public school, with his participating in the choir. I knew this because I had been in a choir too, albeit lower grade, but back then us guys sat out like sore thumbs in choirs. That was for girls mostly. But we liked to sing I guess and one other guy who convinced me to join simply because he liked being around the girls was the only other boy as I can recall. Of course my cohort who couldn't sing a lick got the part in the operetta as the King, without any singing; whilst the only other boy, me, was made a lead, the Chancellor, in his Majesty's Pie." Oh, a Tailor was I, just look at me now, I am leading the troops, but I just don't know how!". Ha. Still remember the lines. 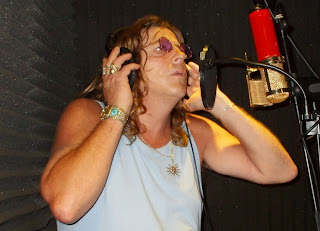 Shawn on the other hand stood out even more. Me, I was a geek back then and so it wasn't a stretch for me to be in a choir, but Stocks was another story. He was one of the "cool" kids, and egads, he even smoked with the older guys on occasion as I recall. A rebel in waiting as it were..ha..and then he discovered Rock & Roll!

In fact he grew up around Wayne Parker of Glass Tiger who's music was too bubblegum for our tastes back then, and besides - they weren't cool...Ha.

With an amazing range of vocal abilities Shawn can mimick any hard to do rockers out there like ACDC or Led Zeppelin and the like, even Roy Orbison, putting some to shame in fact with his uncanny note for note hitting, energetic style. It's one thing to belt out a tune in recording, but a real test of a performers abilities is on stage & with plenty of stage time experience, Stockman commands that stage presence needed to really be an authentic lead vocalist. Nothing highlighted that more than his performances as Judas co-starring alongside Jesus (who'd of thunk!) in Jesus Christ Superstar at the Georgina Hall where he performed to rave reviews and deservedly so. He still performs some of those songs at resorts and select performances. 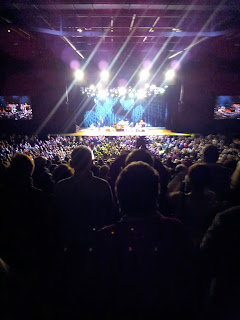 Having played in various rock, metal, cover, and glam rock bands over the years including gigs at the now defunct Larry's Hideaway with his Iron Maiden Tribute band in the 80's, which had a dressing room overlooking an alley with hookers offering up a surprise every time they opened the curtains, and many others as well as he has performed on bills with powerhouse rockers such as Nazareth, Teenage Head, The Kings, Goddo, Allan Frew and The Stampeders to name a few.

Back then they used home-made "flash-pots", made with gunpowder, which on more than occasion caused havoc with the leopard print spandex clad crew! Shawn eventually opted for leather after some untimely and unscheduled explosions around the nether regions.Ha!

Shawn Stockman shot a video at the RPM warehouse back when Ozzy Osbourn was around for an MTV shoot and was able to shoot his video interview in front of the Prince of Darkness' tour van when Ozzy's security guys didn't like their original location of the roof. A cool compromise for sure, although the Prince of D himself turned down an offer from Shawn and the guys to burn some "good stuff" as he wasn't feeling well. Still, he got a very cool interview background!

He's had his share of parties and experiences for sure and learned the hard way, that Scots don't like to be called a "Brit", via a stare that could kill, and a sudden silence in a big busy dressing room when he jokingly said, "

when chatting up a Dan Mcafferty of Nazareth after a gig. I can almost hear the crickets chirping! After feigning ignorance they laughed it off and continued the party wherein whenever a doobie was passed through the room their (now deceased) 250 lb drummer, dressed in only his fruit of the looms, would immediately stand up sending scantily clad beauties from each knee flying! Apparently they didn't mind either because each time they'd return to a knee perch - something Stocks never forgot. Ha. 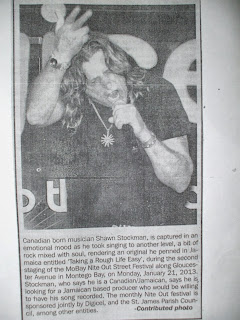 Based out of both Jamaica and Huntsville, Ontario, Canada now, Shawn has a growing legion of island fans - becoming legendary for his performances and ready to lend his voice out to projects demanding his style of note for note vocals for a variety of media and music forms....and he can still belt them out!


Check out Shawn's vocals on his original tune T.H.C.!
Interested to book Shawn Stockman in the GTA Contact TPE 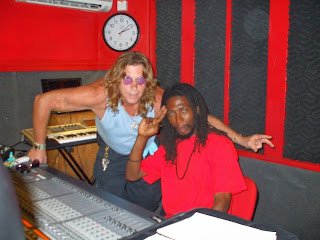